Home » News » When He Proposed On Horseback…

When He Proposed On Horseback…

He was under pressure to be original. She hated red roses, soft toys and cheesy Hallmark cards.

He was going for the element of surprise. She could sniff out contrived romance a mile away.

He was a cowboy. She could barely ride.

It could have been the date from hell, but he pulled off a date with destiny!

He’d organized a casual ride on the prairie. The rugged beauty of the Canadian Rockies provided a stunning backdrop and the shining sun helped calm his nerves. 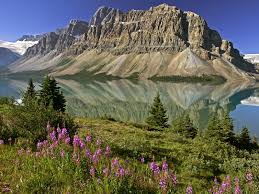 They were laughing and getting along famously, she was even managing to move forward on her mount (without too much cussing at him)!

Then they came to the stream. He held his breath. She was going in the wrong direction! “Cross back here” he quickly yelled. Suddenly she saw a snake near the horse’s hind legs, she yanked on the reins and for a moment the horse looked ready to rear. Disaster seemed imminent.

Fortunately, the snake never gave them the time of day and away he went. A few deep breaths later, she attempted to cross the stream again. Half way through, another surge of adrenalin brought her to a screeching halt!

Written in carefully-placed white stones along the creek bed were the words: “Will You Marry Me?”

As I’ve already given away, the story had a happy ending, complete with a champagne picnic among the wild yellow marigold flowers and the curious prairie dogs that kept popping their heads out of the ground like an arcade game.

(By the way – it is a true story, without naming names.)

So it’s hard to go wrong when you propose on horseback. Romance takes on it’s own spontaneity and the element of danger always helps to heat things up! Food for thought with Valentines Day just around the corner.

Have you ever gotten romantic on horseback? How did it work out? How do you stay original on Valentines Day? We’d love to hear your experiences, your triumphs and tragedies in the dating game. Comment below.